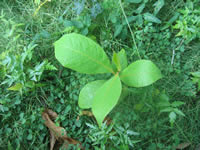 Indian almond leaves (IAL) have traditionally been used by South East Asian Betta breeders to mimic the natural Betta habitat in captivity and make their fish stronger, healthier and more reproductive. Indian almond leaves are also believed to help fighting fish get in prime shape before a battle and heal their wounds afterwards.

As far as I know, the effect of Indian almond leaves on Betta fish has not been scientifically studied and it can therefore be hard to separate truth from myth when discussing IAL and Bettas. I can only speak from personal experience with Indian almond leaves in Betta tanks and relay anecdotal evidence from fellow Betta keepers. Hopefully, the field will be more thoroughly investigated in the future.

Some Betta keepers and breeder use Indian almond leaves all the time, while others prefer to use them in certain situations only. This can for instance be when….

If you use Indian almond leaves all the time, the safest course of action is to gradually wean your Betta off the stuff before selling it to an aquarist that won’t use IAL. A Betta raised in an IAL-tank (or even one that has spent a lot of time in such a tank) can have a hard time adjusting if suddenly tossed into a tank without Indian almond leaves. Make the process slow and gradual. 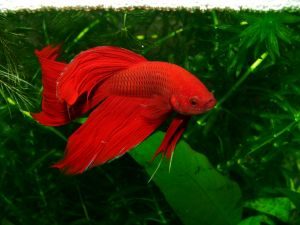 How much should I use for my Betta?

These recommendations are based on 15-25 cm (6-10 in) leaves. If your leaves are larger or smaller, you need to adjust accordingly.

In South East Asia, keepers of Siamese Fighting fish traditionally use Indian almond leaves to prepare their fish for a fight. The leaves are believed to make the skin and scales of the fish hard, smooth and slippery enough to handle being bitten by the adversary. Prior to a fight, the fish is placed in a clay pot filled with clean, aged water and Indian almond leaves. It stays in the pot for at least seven days before a fight and is feed live food once a day. The pot is normally kept in dark and calm place.

After a fight, the Betta is given more or less the same treatment while recovering from its battle wounds.